According to a 2018 National Geographic article, more than eighteen billion pounds of plastic flows into the ocean each year. So, how can bioplastics assist the packaging industry as we aim to convert to biodegradable plastic for a more sustainable future?

Bioplastics have the advantage of being much easier to degrade, implying that they are more sustainable.

Dubbed the “PlantBottle” by fizzy pop giant, Coca Cola – bioplastics can be used for packaging purposes and are made from plant or other biological materials as opposed to petroleum. Typically, bioplastic is produced by extracting sugar from plants such as corn and sugarcane, which is then converted into polylactic acids (PLAs) and is commonly used in food packaging. Bioplastic can also be produced from polyhydroxyalkanoates (PHAs), which are engineered from microorganisms.

In essence, anything made primarily from a renewable source (such as the previously mentioned sugarcane or even vegetable fats) can be considered a bioplastic.

The term ‘biodegradable’ suggests that an item will decompose within a few weeks or months. By definition – a material is biodegradable if the above is possible and it can be broken down into water, carbon dioxide and compost by microorganisms. Not all bioplastics are biodegradable, despite the fact BBC Science Focus recently reported that most bioplastics take approximately between three to six months to decompose, which is much faster than traditional plastic materials.

Biobased nylons, bio-PE, bio-propylene, bio-PET and bio-PP are examples of bioplastics. The most common type of bioplastic is thermoplastic starch, which according to a 2019 report by Innovative Industry, accounts for 50% of the bioplastic market at the time of publication.

Are Bioplastics a Sustainable Alternative To Plastic?

The fact bioplastics are made from renewable materials suggests that theoretically, they’re better for the environment than conventional petroleum produced plastics. Further to this, as previously noted, they take a much shorter amount of time to decompose. However, despite the obvious positive elements of bioplastics, it has been widely noted that they aren’t enough to solve the huge plastic problem the globe faces. Bioplastics require higher temperatures in order to decompose and some bioplastics can emit toxic residues. Furthermore, if bioplastics end up in landfills without enough oxygen, then they can take much longer to degrade and potentially produce methane gas.

Conclusively, bioplastics alone can’t solve the global issue with plastic pollution, as they require users to dispose of them in a responsible way and for them to go to the correct landfill environment. Nevertheless, the fact they can be produced without using fossil fuels and that in the correct environment they degrade much quicker than other plastics, means that they do go some way to assisting with the plastic crisis. 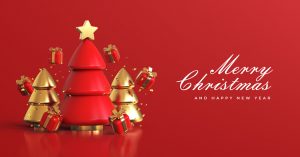 Happy Holidays from everyone at SJA Film Technologies! 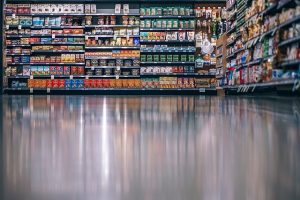 We supply our valued customers the right product on time, every time!